The GMAT: What You Need to Know

GMAT vs. GRE: Understanding the Difference

The GMAT: What You Need to Know 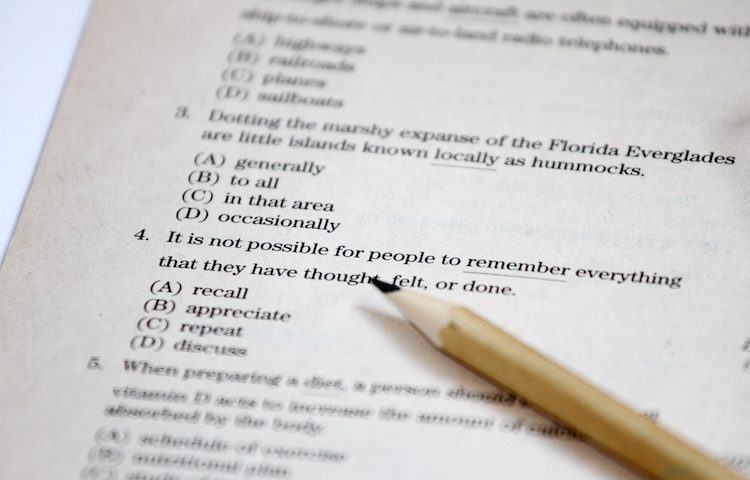 Ambitious students can further their studies by applying to competitive MBA programs. But before enrolling, students must take the Graduate Management Admission Test (GMAT). The GMAT is what will help you take that next step in earning your Master of Business at a well-established program. Earning a high score on the GMAT can lead to higher acceptance rates to graduate programs. The 3.5-hour test consists of four components:

The nice thing about this test is that the test-taker can choose how they want to start the exam, either the quantitative, verbal, or writing section. So, you can control what order you can take the exam, but you still have to take all of the sections.

Why is the GMAT Necessary?

The Educational Testing Service created the GMAT to ensure that prospective MBA students have the skills to get through the rigorous courses offered by a graduate business program. Doing well on the GMAT is just one component of the larger application which includes your complete undergraduate transcripts, two or three letters of recommendation, an entrance essay, and the Test of English as a Foreign Language (TOFEL) if you are a non-English speaker. Therefore, scoring super high on the GMAT will not alone get you into a graduate program.

When & Where Do Students take GMAT?

There are GMAT test centers all over the U.S., and internationally. Use the Find a Test Center tool on the official MBA website to find a location near you. The GMAT is available to test-takers once every 16 days but no more than five times within 12 months. There is an eight-attempt limit to how many times a test-taker can take the test. Thus, your eighth attempt will be your last attempt. You can register for the GMAT on the official MBA website.

You should take the GMAT at least three to four months before your first application deadline. This will give you time to retest if needed to get a better score. Students must also pay a $250 fee to register for the GMAT. Meanwhile, the price for international students varies depending on location.

How Long Should a Student Study for the GMAT?

If a student wishes to exceed the average GMAT score at their desired MBA program, they should prepare for weeks of intensive study. According to the GMAC, a survey by the MBA of more than 3,600 GMAT test-takers showed that 62% of test-takers began their preparation four or more weeks before the exam date. Students who studied more than 60 hours scored 500 or higher on the GMAT and some who studied around 90 hours scored in the 700s. Still, you should take these numbers with a grain of salt, as no two students are alike. A student should come up with a plan that they know will work for them and will give them the best opportunity to succeed on the exam.

What are the Recent Changes to the GMAT?

The GMAT recently underwent some major overhauls. For instance, test-takers will now spend less time at the testing center due to fewer questions in the quantitative and verbal sections. The exam allows test-takers to customize the order of the sections they wish to take the GMAT. After you finish the exam and received your score, the GMAT gives recommendations on which school the test-taker should look into based on their interests, fit, and scores.

When to Retake the GMAT?

Anyone who wishes to retake the GMAT because they scored poorly on the first test or just want to do better can reschedule 16 days later. Data from the GMAC suggests that repeat testing can lead to a higher score. More specifically, three-quarters of test-takers improved their score by 30-40 points on a repeat attempt.

Sitting through the exam for the first time can help take away nerves if you wish to retake the exam. Nervousness can be an enormous factor in determining how well you perform on the first attempt. In other words, you should never feel embarrassed about retaking the GMAT. Putting in maximum effort for every attempt can lead to higher scores.

Preparing to tackle the GMAT can seem like a stressful experience for even the most seasoned test-takers. But with the right amount of preparation and dedication, a high score will be achievable. Put in the time, don’t be afraid of failure, and staying motivated are all things that will lead to a successful test. Remember that there is no shame in retaking the test. Maybe you’ll push your GMAT beyond 700 if you’re lucky.