Why Students Should Study Abroad

Should I Enroll in Community College? 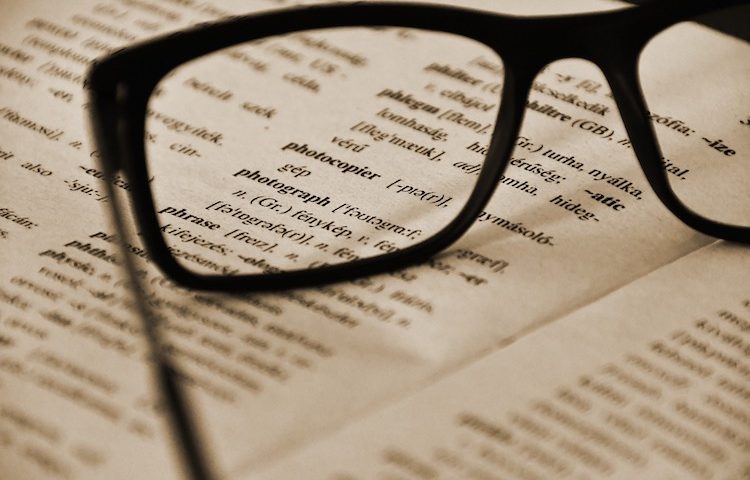 If you want to improve your SAT score, you need to bulk up on your vocabulary. Possessing a Strong vocabulary can help you with your reading, writing, and essay portions of the test. Many high school students struggle to increase their vocabulary effectively, as new words go in one ear and out the other.

While there are not any magic shortcuts to learning words, studies show that students can see a rapid improvement in vocabulary skills by dedicating at least 15 minutes per day to concentrated study. To help you expand your vocabulary, we’ve compiled some of the most common words that you might encounter on the SATs.

Something or someone regarded as atypical, and therefore able to be ignored or discounted

Example: There is no substance to Sarah’s vacuous claim of ownership.

Excessive admiration of or devotion to a person

Example: The adulation and applause from the crowd made the Rockstar smile.

Having or marked by sympathy and consideration for others

Not straightforward or direct

Example: The blog editor asked the writer to simplify the circuitous language for the average reader.

Causing or capable of causing harm

Example: Contrary to what many people believe, ingesting too many vitamins can cause deleterious consequences to your health.

Lasting only for a short time

Example: Rainbows are evanescent because they only briefly appear after a storm.

Example: Despite her immense fear of hurricanes, the babysitter had the fortitude to move herself and the children into a storm cellar.

Example: The wealthy lobbyist used his money and guile to influence political discourse.

Controlling power or influence over others

Example: The CEO of the company has hegemony over his employees.

Example: When it comes to the safety of children, devoted parents always take an intransigent position to protect them.

Marked by few words to convey much information or meaning

Example: Most of the staff was laconic when speaking about the investigation, try to keep things hush-hush.

Example: The congressman did not respond to the media’s questions about his alleged malfeasance.

To continuously change from one belief, feeling, or condition to an opposite one

Example: After reviewing a mountain of new evidence, David could not help but oscillate on the best course of action.

Example: Despite regularly donating to charities, many still criticized the actor’s ostentatious lifestyle.

A habitual attraction to some activity or thing

Example: As an aspiring musician, Jason displayed a penchant for playing the piano at a very young age.

Given to complaining a lot

Example: During the plane trip, Chrissy sat next to a querulous lady who constantly criticized the flight attendants.

Example: The verdant garden lent a resplendent quality to the otherwise plain cottage.

To make an exaggerated display of affection or enthusiasm

Example: After besting their fierce rivals, the ice hockey team rhapsodized over their victory.

The ability to understand inner qualities or relationships

Example: His lack of sagacity has led to the closing of his business.

Pretending to be morally better than other people

Example: His sanctimonious aunt tends to look down on people who do not go to church every Sunday.

Lacking in maturity, taste, or judgment

Example: The sophomoric humor in the new comedy movie only appeals to younger viewers.

A long angry speech or scolding

Lasting only for a short time

Example: The snow is transient and will melt as soon as the sun appears, or the temperatures rise.

Example: After a lengthy court battle, the judge advocate general deemed the torture and killings of innocent civilians to be unconscionable.

To make untrue and harmful statements about

Example: Serena’s conniving husband tried to vilify her during their child custody battle.

Now it’s time to take your new words for a test drive. There are many ways of introducing context into your vocabulary learning, the simplest being to learn vocabulary in sentences. Try creating your own sentences, so that you gain experiencing using new vocabulary words.

Reading can also further aid in expanding your vocabulary. As you read a new book or your favorite magazine, pay close attention to unfamiliar words, Next highlight words that appear to be particularly useful or central to the story, then try to figure out their contextual meanings before checking the official definition. Before you know it, you’ll possess a lexicon of advanced words that will supercharge any conversation or speech.

Critical Considerations for the New SAT in the Post-COVID Era